Do Macy’s Troubles Mean The End of the Department Store? 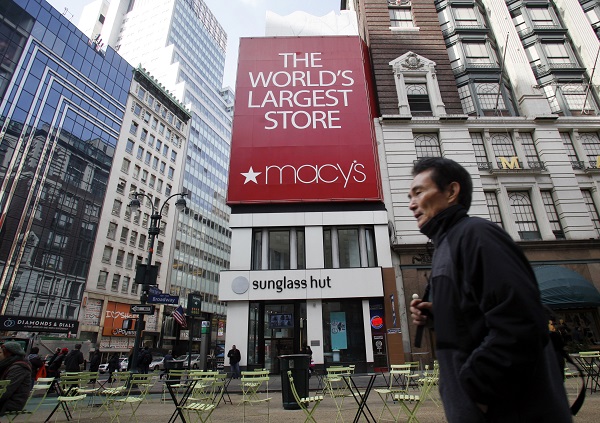 Then reality arrived. In January, the retailer reported weak holiday sales, thousands of job cuts and several store closings. What happened? Warmer-than-usual weather, for one thing. Macy’s said “about 80 percent of our company`s year-over-year declines in comparable sales can be attributed to shortfalls in cold-weather goods such as coats, sweaters, boots, hats, gloves and scarves” (StreetEvents, 1/6/2016).

In addition, the strong U.S. dollar means foreign tourists aren’t spending as freely when they visit the U.S.

With about 800 brick-and-mortar stores, Macy’s is losing ground to online retailers, although its own online sales are up. According to a report by Cowen and Company, Amazon could surpass Macy’s by next year to become the largest retailer of clothing. Are we seeing the end of the department store concept?

To determine which department stores are most likely to default in 2016, we looked at our StarMine Combined Credit Risk model, the most comprehensive StarMine credit model. Several department stores, including JC Penney (JCP.N) and Sears (SHLD.O), had been in the riskiest 15% of all retailers likely to default in the United States for some time now. However, one fairly newly entry to this list of weak performers is Macy’s, with a score of 13. Six out of nine stores score in the bottom of the StarMine Combined Credit Risk (CCR) model score, the most comprehensive StarMine credit model. These scores correspond to implied credit ratings of B or worse, suggesting these stores are not financially stable.

With more than 800 stores, Macy’s is sitting on some prime real estate in the U.S. In view of its financial troubles, it has recently announced it will consider spinning off some of its property. It has already sold part of its downtown Brooklyn real estate. Maybe the most valuable thing about department stores is the space they occupy.

Cheap but a value trap?

Macy’s is in the top percentile of both the StarMine Intrinsic and Relative valuation models, suggesting that its stock looks cheap. It is currently trading at $40.36, with a negative market implied growth rate of -7.6%. However, StarMine’s Intrinsic Valuation model thinks it should be trading closer to $80.39.

However, beware — analysts are bearish and have been lowering earnings estimates. As a result, earnings and revenue estimates show a contraction over the next four quarters. Thus we may be seeing a potential value trap.

COVID-19 has changed the travel industry drastically this year. Although the TSA has ...

COVID-19 has changed the in-store shopping experience in 2020, including the holiday ...

Eighty two percent of companies in our Retail/Restaurant Index have reported Q3 2020 EPS. ...